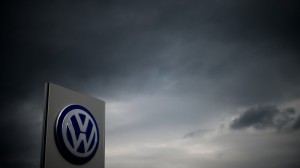 Volkswagen: The auto manufacturer has been promoting their new “Clean Diesel” technology for several years now claiming it to be an alternative to hybrid vehicles. While these new clean diesel models were being tested they seemed to pass all EPA standards without breaking a sweat, but once they made it onto the road it was a different story. Driving style as well as load can change the output of these emissions altering them and sometimes, breaking the emission standards. There are about 11 million Volkswagens that could possibly be affected by this scandal. Earlier this year, Volkswagen hoped to become the worlds largest automobile manufacturer by 2018 but has taken a huge hit due to EPA fines, customer lawsuits, etc. In hopes of bettering relations with consumers, Volkswagen is giving everyone who was involved in the first recall $1,000 in cash. Volkswagen has also offered free roadside assistance for the next three years for those who were affected.

Check your vehicle’s most recent recalls here at the official Volkswagen website:  https://www.vw.com/owners-recalls/

Recalls can start in one of two ways. In some cases, automakers act on their own. In others, they get nudged by regulators.

Here’s the process by which vehicles are called back to the dealership. 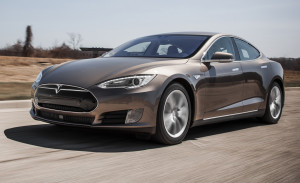 Tesla Motors: As if the somewhat failed “Auto Pilot” mode that Tesla has been pushing out over the last few months wasn’t a big enough setback they have just recalled 90,000 Model S vehicles. Previously Tesla recalled some of their vehicles in January of last year for a wiring fault causing chargers to overheat. This time the Model S is being recalled for “possible seat belt defect.” While Tesla claims to have only found one vehicle with this problem they made the decision to recall the entire Model S fleet for good measure. The fault is said to be caused by a  bolt that holds the seat belt to frame. A spokes person from Tesla stated that “We expect the vast majority of seat belts to be fine, but out of an abundance of caution, we want to take a look.” The repairs are said to only take a couple of minutes so for all of you EV drivers sporting your Model S, yank on that seat belt and head in to the dealer for good measure.

Check your Tesla for any open recalls here: https://www.teslamotors.com/vin-recall-search 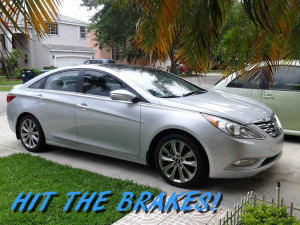 Hyundai: Hyundai announced that they would be recalling about 305,000 Sonatas of model years 2011-2012 for possible break pedal issue. There are not to many details of the recall as of now but what we do know is that once the break pedal is released the brake lights remain on in some circumstances. This increases the possibilities of a crash although no injuries have been reported involving the issue. The NHTSA said that the recalls will begin on January 11th. Check for any open Hyundai recalls here: https://autoservice.hyundaiusa.com/CampaignHome/Campaign/VINPageIndex 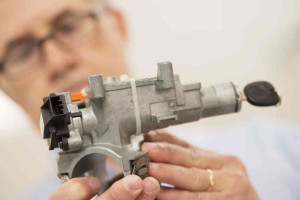 General Motors: In February of 2014 GM released a recall that affected about 800,000 small passenger cars due to ignition problems. The Ignition could possibly cause the vehicle to turn off while in motion and therefore not deploy the airbags if the car was to wreck while its engine was shut off. As the problem was investigated GM recalled more and more cars, overall amounting to about 30 million cars. During this time there were 124 reported deaths that were linked directly to this ignition switch problem and GM was forced to pay $900 million dollars to the United States. Heavy key chains could possibly put weight on the ignition making the ignition fault and then turn the engine off.

2/16/2016: GM is now recalling 200,000 Saab and Saturn vehicles due to failed Takata airbag inflators. The recall is for the issue of airbag components getting to humid and in some cases exploding.

Check to see if your GM vehicle has any recalls at the official website: https://recalls.gm.com/#/

Ford Motor Company: Ford announced in late November that they would be recalling 451,865 Ford Fusions and Mercury Milans. Ford stated that due to frequent changes in air pressure within the fuel tank a possible fire could be started causing the vehicle to burn. Ford is not aware of any accidents or injuries related to this specific recall as of now. The recall will affect model years 2010 and 2011. Ford said that customers with affected vehicles can bring them in to any Ford dealer for a free repair.

December 23 2015: Ford is now recalling 313,000 sedans for a headlight glitch. This specific recall affects model years 2003-2005 Crown Victoria and Mercury Grand Marquis vehicles. The recall is for a headlight failure in which the housing can crack and cause the headlights to randomly turn off while driving. So far 11 crashes have been linked to this problem.

Check your Ford for any open recalls here: https://owner.ford.com/tools/account/maintenance/recalls.html

December 23 2015: About 3,200 F150 pickup trucks have been recalled to fix a possible seat belt issue. The recall affects the 2015 model year but no crashes or serious injuries have been reported or linked to this issue.

Mazda Motor Corporation: Mazda has recalled 374,519 Mazda 6 models for a Takata passenger airbag inflator. The problem is that in the event of a crash, the airbag inflator could possibly rupture causing metal shrapnel and other pieces to be projected out into the cabin and severely and even in some cases killing the occupants. While Mazda has not reported any injuries or deaths related to the inflators, there have been about 100 deaths from the Takata airbags from around the world. Mazda has not yet said when the repairs will begin. The recall was at first limited to areas of high humidity but has now gone worldwide.

To check if your Mazda has a recall, visit the official Mazda website here: http://www.mazdausa.com/MusaWeb/displayRecallOwners.action

Continental Automotive Systems: While there isn’t a car manufacturer at fault here, yet another airbag recall is estimated to affect approximately 5 million vehicles. First it was the Takata recall, and now Continental Automotive. What both of these companies have in common are airbags that will deploy randomly giving you the surprise of a lifetime. The recall states that certain vehicles produced from 2006 thru 2010 could have certain power supply mechanical components that will corrode when introduced to moisture. The result of this is being airbags that deploy when they shouldn’t or not deploy in the event of a high impact collision. Some companies that are possibly affected are Fiat Chrysler, Volvo, Honda, Kia and Mazda. So far only seven injuries can possibly be linked to this recall, but no accidents have yet been reported.

A Message to Our Customers About Air Bag Recalls

Certain vehicles among the models and model years listed below are affected.

Not all vehicles within the models and model years listed above are involved.

To determine if your specific vehicle is affected by this or any other recall, click out of this message and insert your 17 digit vehicle identification number (VIN) in the space provided. The VIN can be found on the vehicle itself on the driver’s-side dashboard or on your vehicle registration. You can also check for recalls using by your VIN on Safercar.gov, a website of the National Highway Safety Administration.

If your Subaru is affected by an air bag recall, you should avoid seating occupants in the right front passenger seat until recall repairs are performed. If you have not already received a notice from Subaru with instructions on how to obtain repairs, you should receive one soon. If you have any questions, please contact your Subaru retailer or our National Customer Contact Center by phone at 1-800-SUBARU3 (1-800-782-2783) or via e-mail from the Contact Us section of the “Customer Support” page.

Subaru of America is recalling 48,500 2016-’17 Subaru Legacy sedans and Outbackwagons because of a steering problem, according to the National Highway Traffic Safety Administration. Owners are advised not to drive their vehicles until they are repaired.

A stop-sale order is in place on the affected cars.

“The steering column on the affected vehicles may have been improperly machined, and as a result, turning the steering wheel may have no effect on the direction of the wheels,” NHTSA said in its recall summary. “The loss of steering ability would increase the risk of a crash.”

There are no accidents or injuries linked to the recall, Subaru spokesman Michael McHale told Edmunds. He said that loaner vehicles would be available to affected customers.

A customer reported a problem with the steering on their 2016 Subaru Outback on May 3.

We are a local, family owned and independently operated pre-owned automotive dealership in Raleigh, North Carolina with over 30 years of experience […] 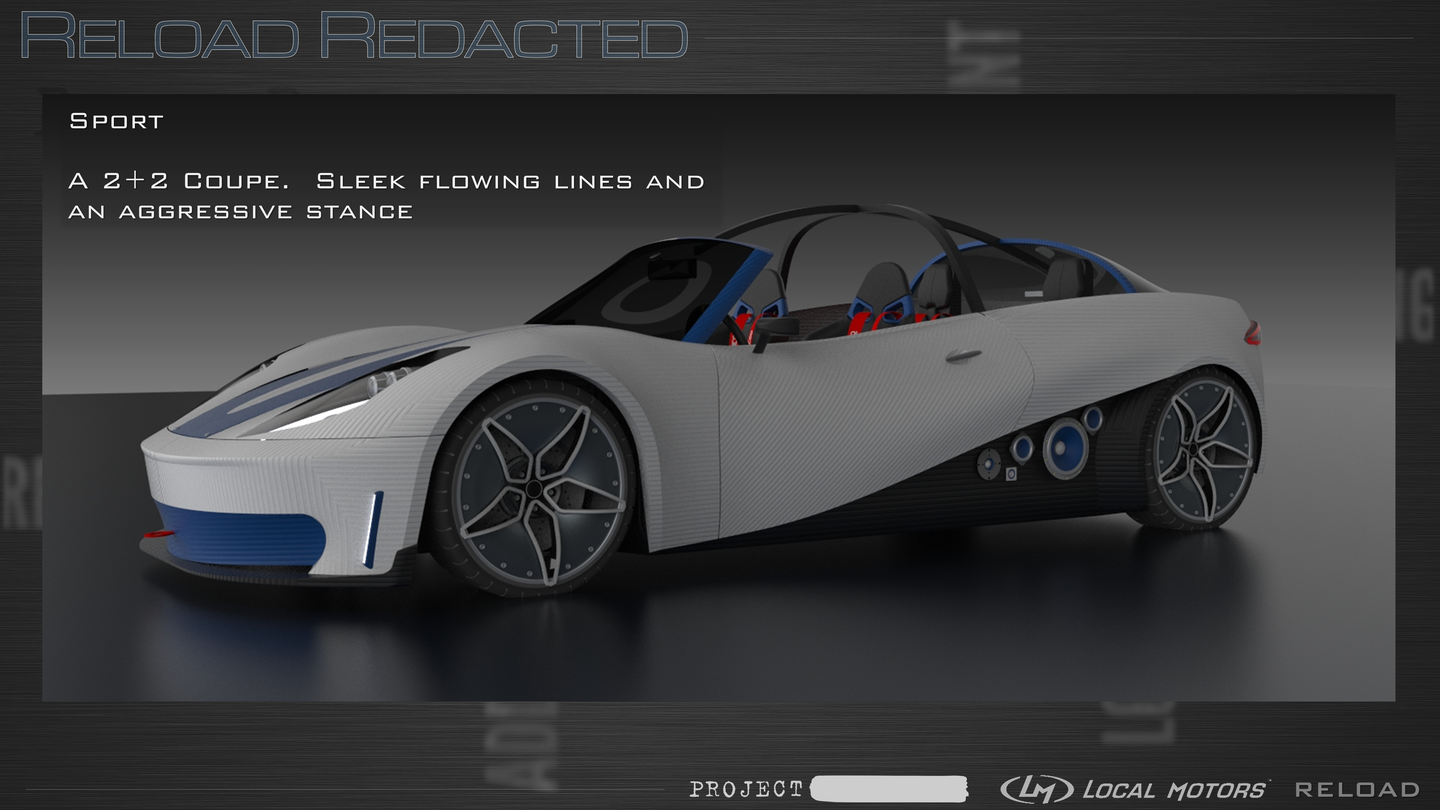 You might think 3D printers are just a passing fad, a tool used to create all sorts of miscellaneous and small plastic […] 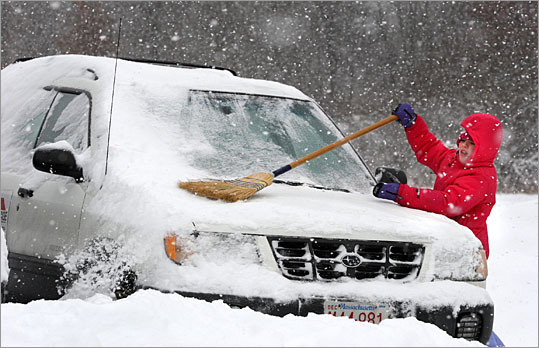